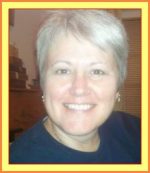 Hi, it’s me again. This time I’ll brag on myself a bit. I’ve lived a long time and have done a lot of cool stuff. -I’m an award-winning novelist who publishes, on average, one book a year.

My life has been devoted to the written word, whether poetry, fiction or journalism. I’ve also dabbled in medical publishing and retired in 2007 from a career as editorial systems coordinator for a medical publishing firm. I now write full time.

During the past thirty years, my work has appeared in several dozen varied publications. My interests seem to be somewhat eclectic, so this writing encompasses several genres and many forms. I am probably best known for my romance novels, such as Two Weeks in August or Lights of the Heart. Bella Books has ten of my romances in active circulation at present.

Other books are with Regal Crest and with Desert Palm Press. I have fourteen recent books in total.

I also write a great deal of speculative fiction and I cut my fiction teeth working with the SF/F/H focused Small Press Writers and Artists Organization. After SPWAO folded, I began working in journalism as a staff reporter and later, acting editor. I followed that career for almost a decade, winning two Virginia Press Association awards. I was also fortunate enough to earn fiction honors from Writer’s Digest, Muse Magazine, Writers in Virginia, The Virginia Writing Club, Piedmont Writing Institute and Writers of the Future.

After being offered a position with a firm that publishes medical journals, I quickly rose in the company and became a managing editor of two journals. When the company branched off into developing proprietary publishing software, I followed that path, eventually becoming the editorial systems coordinator for a larger scientific journal based in Washington DC.

During this time, I worked actively with the Writers in Virginia Program and with area youth, teaching journalism and creative writing. I also taught under the Nelson County Summer Enrichment Program for many years and served five years as a judge in the Piedmont Area Reading Council’s Young Authors Program.

After joining the Golden Crown Literary Society, I worked on the GCLS board for about five years, as well as the boards of the Nelson County Education Foundation, VaNOW and Literacy Volunteers of America.

As a book editor, I edited several dozen fiction and nonfiction books, including the science fiction anthology All Aboard, the memoir Pieces of Pie: Surviving Love, by Pie Dumas, and Excuse Me, Your God Is Waiting by Michelle Prosser.

Nowadays, as I said, I write novels full time and have a monthly review column in Lesbian News. I live in beautiful Albuquerque, New Mexico, called The Land of Enchantment. It’s very different from Virginia, being more desert than wet overgrowth but I have nested well and very much enjoy my new home. You can follow me and check out what else I’m up to by using the links above. Just click on the social media label.